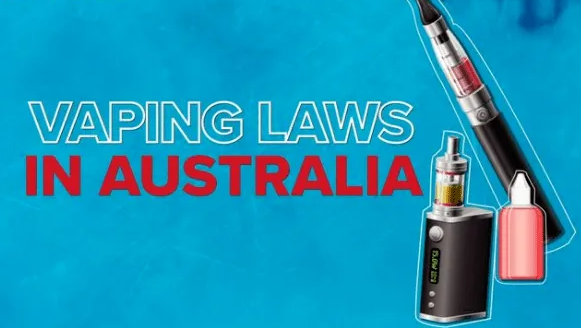 Australia Plans Further Restrictions On E-cigarettes: They Are Ignoring The Benefits For Smokers?

Despite having just enforced a bill which makes vaping products only available via prescription, Australian authorities have just proposed a measure that would set in place further restrictions. As of October 2021 vapers in Australia are only able to purchase vaping products from pharmacies via prescription. While retailers in neighbouring New Zealand and most other countries are able to responsibly sell nicotine products over the counter, anyone caught violating Australia’s harsh regulations will face steep fines, and in some cases even imprisonment.

The draft National Tobacco Strategy 2022-2030 proposes “additional measures to further restrict the marketing, availability and use of all e-cigarette components.” Australia is already more stringent than most countries in regulating the products and as Filter highlighted is “the only Western democracy to require a nicotine prescription to vape.”

This despite all the scientific data indicating the benefit of incorporating the products as part of local tobacco harm reduction and smoking cessation strategies. And in fact the local smoking rates, which currently stand at 11% are a clear indicator of this shortfall when compared to those of neighboring New Zealand, which are at 8%. In fact, vaping is a kew part of NZ’s Smokefree Aotearoa 2025 Action Plan.

Actually, Australian Public health expert and tobacco harm reduction advocate Dr. Colin Mendelsohn says that while not perfect, New Zealand’s regulations are a good start and Australia should really follow suit. The new local vape bill allows New Zealand’s general retailers including service stations, supermarkets and convenience stores, to sell flavoured vaping products in only three flavours: menthol, mint, and tobacco, while specialized retailers are allowed to sell the full range. “The NZ regulations put Australia to shame. They are based on the evidence rather than politics and ideology. They are a model for good public health policy on vaping and will save lives.”

“Australia’s requirement for nicotine prescriptions is complex, expensive and unnecessary and makes it harder to access vaping products than cigarettes. Is that really what Greg Hunt wants?” concluded Mendelsohn.